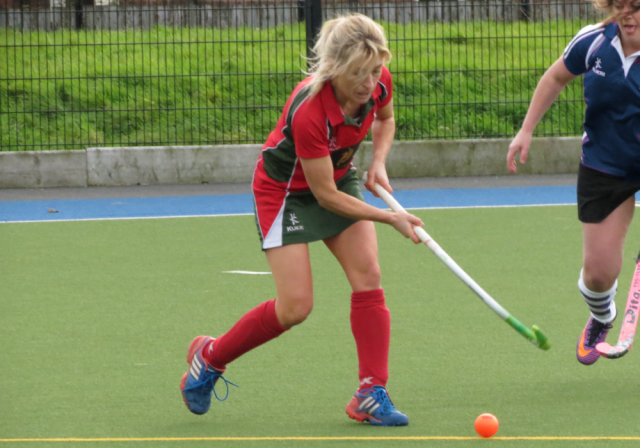 Junior League 8A: DLHC 2XI 1-3 Newcastle
The hockey season may be drawing to a close, with Donaghadee Ladies’ 1XI having finished Senior 3 in third place, but the 2XI continue to fly the red and green flag proudly, with plenty of action in April.

They welcomed Newcastle to BGS last Saturday in what turned out to be a thrilling, end to end contest with both teams having on show a mixture of experience and youth.

From pass back, both teams were running strong attacking lines, determined to get some points on the board. Donaghadee forwards Ruth Coulter and Vicky O’Neill were doing well to put pressure on the back four while Emily Morris, Carmen van der Schyff and Rachel Kelly were backing up well to feed the ball to the front two.

Newcastle then tried their luck in an attacking move but defenders Nicky Banford, Georgia Ferguson and Natalie Jamieson were quick to keep them out. Keeper Siobhan McAdam was also on hand to keep the opposition from scoring.

It wasn’t long before Natasha Moore and Laura Boyle completed some beautiful passes in midfield before sending the ball up the pitch to Ruth who found Carmen on the edge of the circle.

Carmen’s Initial shot was saved by the visiting keeper but Vicky was perfectly positioned to fire the ball in to the back of the net on her reverse to give Donaghadee the lead. Just before half time Newcastle pulled one back to make the score at half time 1-1

The Dee girls started the second half hoping to improve their goal tally but were unlucky to concede another 2 goals, which didn’t reflect the end-to-end nature of the game.

The final score was 3-1 to Newcastle, but this was a great run out ahead of the 2XI’s exciting Minor Plate Semi Final match away to CI 4XI on Friday evening. Pass back is at 7pm and all support is welcome at CIYMS as the Dee look to progress in that competition.

Online home of Donaghadee Ladies Hockey Club. You can also find us on Facebook /DonaghadeeLHC and @DonaghadeeLHC on Twitter.
View all posts by Donaghadee LHC →
This entry was posted in 2017/18 Match Reports and tagged newcastle. Bookmark the permalink.