Donaghadee Ladies Hockey Club relies on fundraising to help cover costs from one season to the next and we have held a variety of different events in the past from A Night at the Races to table quizzes. We also try to partake in at least one event per season to raise funds for a chosen charity – the more unusual the event, the better!

Line the Pitch with Pounds, 2019/20
We’ve set ourselves the challenge of forming a row of £1 coins along the halfway line placed edge to edge from one side of the pitch to the other by the end of the season. That’s a massive 55 metres of pound coins by the end of March 2020. Will we be able to do it?

Every £1 saved will get us 2.4 centimetres closer to reaching our goal and we’d love your help! Whether you’re out shopping or coming home after a night out, pop any spare £1s to one side to help us cover that line.

You can either collect your £1 coins in a Smartie tube (proper retro!), or we’ve even got special DLHC Pound Pots for collecting your coins: just speak to any DLHC player and they’ll be happy to give you one.

All proceeds in aid of DLHC Club Funds for pitch, insurance and other running costs.

DLHC Wine-Tasting Evening, Saturday 29th September 2018
The first hotly-anticipated fundraiser of the 2018/19 season, and it’s a sell-out a month in advance! Red wine, white wine, rose and bubbles – we’ll all be experts by the end of the night, having hopefully helped fill the coffers for the new season!

DLHC Cinema Night, Wednesday 12th April 2017
Tickets went on sale in early 2017 for the DLHC Cinema Night at the Tudor Cinema, Comber where our audience enjoyed a private screening of the inimitable Top Gun, with all proceeds going to club funds.

Fireside Quiz, November 2016
We raised club funds this autumn by way of a Fireside Quiz. That’s right, you didn’t even need to leave the comfort of your own sofa to take part! With all sorts of goodies to be won (vouchers, a slow cooker and hampers), all entries were in by Friday 9th December and we were delighted to have raised over £500. Thank you to everyone who took part!

Run Mucker Run, 8th May 2016
8 members of DLHC took part in the Run Mucker Run challenge in Ballymoney to raise funds for Marie Curie. Huge well done to Ruth, Debs, Ali, Nikki, Tasha, Lisa A, Karen and Kerrie who not only completed the event but raised over £2000 in the process. 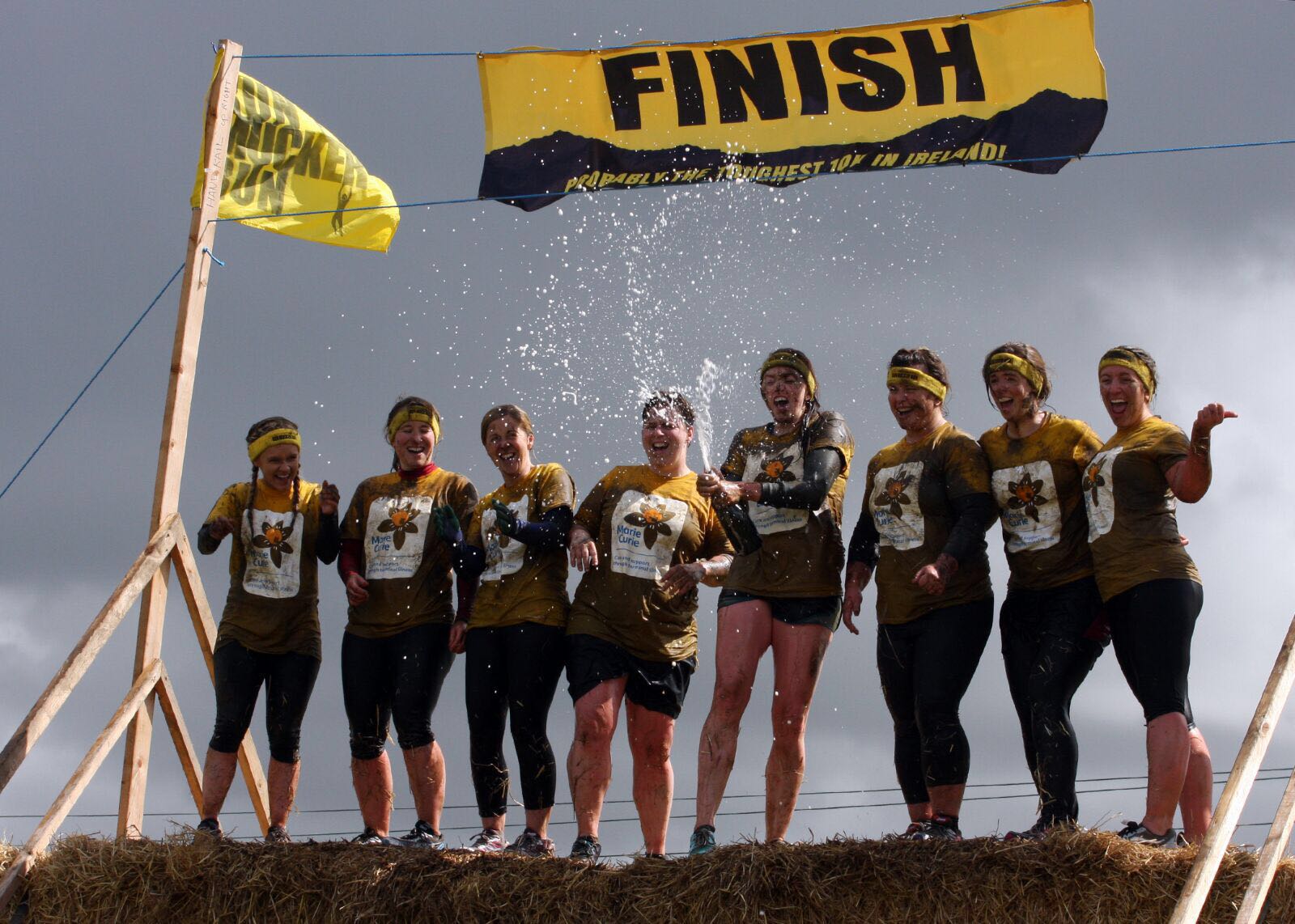 Donaghadee to Dublin cycle, Bloomfield Shopping Centre, Sunday 26th October 2014
The first fundraiser of the season took place on Sunday 26th October in Bloomfield Shopping Centre with the girls cycling (on static bikes) the 123  virtual miles from Donaghadee to Dublin. £263 was raised for club funds so thank you to everyone who supported on the day! Click here to go to the event page on Facebook.

A Night at the Cinema, Tudor Cinema, Comber, Tuesday 10th February 2014
DLHC were delighted to host Top Gun at the Tudor Cinema in Comber in aid of club funds. Thanks to an almost capacity crowd and a ballot on the night, over £700 was raised. Thank you to everyone who supported the event! Click here to go to the event page on Facebook.